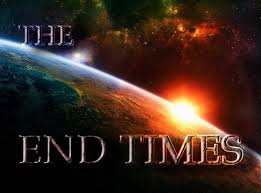 QUESTIONS TO PONDER UPON: 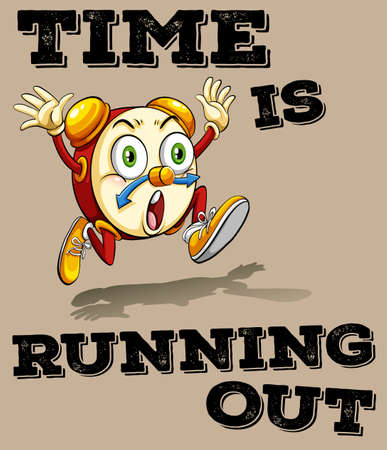 In order to understand more about King Cyrus and his end time role on earth, we need to read the scriptures below.

Please understand that King Cyrus IS NOT the Mashiach/Messiah and neither is he/she the Eliyahu/Elijah of Malachi 3 & 4!!!

HE IS YAH’S KING CYRUS OF THIS DAY AND AGE AND THE FINAL ONE.

KING CYRUS IS MENTIONED IN:

These Scriptures will tell you more about who King Cyrus did in the past and is doing again in this present day and age.

King Cyrus helped the Jews by restoring them back to their nation from Babylon after 70 yearsof captivity in Babylon. King Cyrus also restored the City of Jerusalem which is the City of YAH (a.k.a GOD)! He also helped to restore YAH’S Temple in Jerusalem.

Next year (2018) in May the Land of Israel will celebrate 70 years of Independence. That’s when another one of their 70 year captivity mentioned by Prophet Daniel will end again. That’s a big deal. A lot of Israelites are returning to the Land of Israel.

Trump was raised by YAHWEH GOD Almighty at such a time as this so as to deliver on some important things that will lead to the start of the Great Tribulation a.k.a Time of Jacob’s Trouble.

Trump is responsible for building the Third Temple where the Abomination of Desolation will occur in the Great Tribulation. This will happen after the war on Israel takes place.

The Two Witnesses are already on this earth waiting to playing their role.

…Everything is building up towards the end of the world as we know it.

In fact, it is highly likely that the Great Tribulation will commence after Trump’s 8 year U.S.A. Presidency (not setting dates at all, just supposing based on the season we are in). We will see.

The Holy Harvest/Rapture is not far from now at all.

The Anti-Messiah will be revealed in some time to come (possibly a few years, we will see).

It is time to repent truly before YAH because YAHUSHUA’S (a.k.a JESUS’ / YESHUA’S) 2nd Return to earth for HIS BRIDE (and GUESTS) is drawing nearer.

THROUGH CYRUS THE LORD WILL SET ISRAEL FREE

He formed you in the womb.

This is what Yahweh says:

I, Yahweh, made everything.

I stretched out the heavens by myself.

I spread out the earth all alone.

25 I cause the signs of false prophets to fail

and make fools of fortunetellers.

and turn their knowledge into foolishness.

26 He confirms the word of his servant

and fulfills the plan of his messengers.

He says about Jerusalem, “It will be inhabited.”

He says about the cities of Judah, “They will be rebuilt.”

He says about their ruins, “I will restore them.”

It is very interesting that Trump’s first year of serving is his 70th on earth. The Number 70 seems to be appearing a lot around this season (spiritual season). This proves further that Trump is YAH’S specially chosen King to carry out some very special tasks designed by the HEAVENS in these end times. I mean, ask yourself why he is receiving so much opposition to the point of almost being impeached for various reasons that keep coming up, most of which are carefully designed to make him look so undesirable. The Number 70 is of great significance in various ways. Click here for more information.

45 This is what Yahweh says about Cyrus, his[a] anointed one:

I have held him by his right hand

so he could conquer the nations ahead of him,

strip kings of their power,

and open doors ahead of him

so that the gates would not be shut.

2 I will go ahead of you, Cyrus, and smooth out the rough places.

I will break down the bronze doors and cut through the iron bars.

3 I will give you treasures from dark places and hidden stockpiles.

Then you will know that I, Yahweh Elohim of Israel,

have called you by name.

4 For the sake of my servant Jacob,

Israel, my chosen one,

I have called you by name.

I have given you a title of honor, although you don’t know me.

5 I am Yahweh, and there is no other.

There is no other Elohim besides me.

I will strengthen you, although you don’t know me,

that there is no Elohim except me.

I am Yahweh, and there is no other.

7 I make light and create darkness.

I make blessings and create disasters.

I, Yahweh, do all these things.

8 Rain down from above, you heavens,

and pour down righteousness, you skies.

Let them spring up.

I, Yahweh, have created them.

9 How horrible it will be for the one who quarrels with his maker.

He is pottery among other earthenware pots.

Does the clay ask the one who shapes it, “What are you making?”

Does your work say to you, “There are no handles”?

10 How horrible it will be for the one

who says to his father, “Why did you conceive me?”

or to his mother, “Why did you go through labor pains for me?”

11 Yahweh is the Holy One and the maker of Israel.

This is what Yahweh says:

Ask me about what is going to happen to my children!

Are you going to give me orders concerning my handiwork?

12 I made the earth and created humans on it.

I stretched out the heavens with my own hands.

I commanded all the stars to shine.

13 I prepared Cyrus for my righteous purpose.

I will make all his roads straight.

He will build my city and let my exiles go free

without any payment or any reward, says Yahweh Tsebaoth.

Cyrus Allows the Jews to Return from Babylon

1 The promise Yahweh had spoken through Jeremiah was about to come true in Cyrus’ first year as king of Persia. Yahweh inspired the king to make this announcement throughout his whole kingdom and then to put it in writing.

2 This is what King Cyrus of Persia says: Yahweh Elohim of heaven has given me all the kingdoms of the world. Then he ordered me to build a temple for him in Jerusalem (which is in Judah). 3 May Elohimbe with all of you who are his people. You may go to Jerusalem (which is in Judah) and build a temple for Yahweh Elohim of Israel. He is the Elohim who is in Jerusalem. 4 All who choose to remain behind, wherever they may be living, should provide the people who are leaving with silver, gold, supplies, livestock, and freewill offerings to be used in Elohim’s temple in Jerusalem.

Sheshbazzar Returns with the Temple Furnishings

5 Then the heads of the families of Judah and Benjamin, the priests, and the Levites—everyone Elohim had inspired—came forward to rebuild Yahweh’s temple in Jerusalem. 6 All their neighbors who were remaining behind provided them with articles made from silver and gold, supplies, livestock, and valuable gifts besides everything that was freely offered. 7 King Cyrus brought out the utensils belonging to Yahweh’stemple. Nebuchadnezzar had taken these utensils from Jerusalem and put them in the temple of his own god. 8 King Cyrus of Persia put the treasurer Mithredath in charge of bringing them out. So Mithredath made a list of them for Prince Sheshbazzar of Judah.[a] 9 This is the inventory:

The following videos are useful to watch concerning this: