Yom Hazikaron 2018 in Israel began in the evening of

3 Now these are the nations which the Lord left, to test Israel by them, even as many of Israel as had not known all the wars of Canaan

2 (only so that the generations of the children of Israel might know to teach them war, at least such as before knew nothing thereof),

3 namely: five lords of the Philistines, and all the Canaanites, and the Sidonians, and the Hivites who dwelt in Mount Lebanon, from Mount Baalhermon unto the entrance of Hamath.

Israeli Memorial Day. Note that Hebcal displays modern holidays like Yom HaZikaron according to the Israeli schedule. Although Yom Hazikaron is normally observed on the 4th of Iyyar, it may be moved earlier or postponed if observance of the holiday (or Yom HaAtzma’ut, which always follows it) would conflict with Shabbat.

The fourth of Iyar, the day preceding Yom HaAzma’ut (a.k.a Israel’s Independence Day), was declared by the Israeli Knesset(parliament) to be a Memorial Day for those who lost their lives in the struggle that led to the establishment of the State of Israel and for all military personnel who were killed while in active duty in Israel’s armed forces. Joining these two days together conveys a simple message: Israelis owe the independence and the very existence of the Jewish state to the soldiers who sacrificed their lives for it. 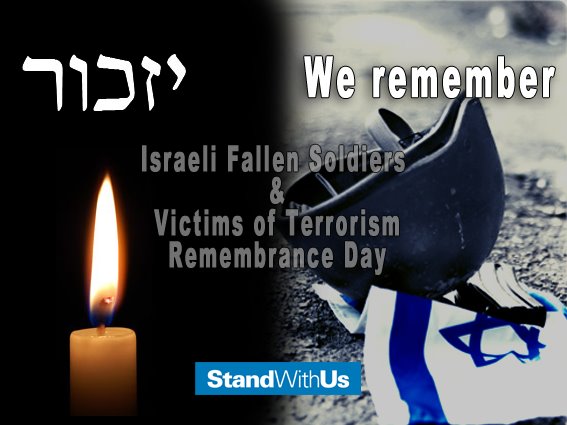 Yom Hazikaron, the Israeli Memorial Day, is different in its character and mood from the American Memorial Day. For 24 hours (from sunset to sunset) all places of public entertainment (theaters, cinemas, nightclubs, pubs, etc.) are closed. The most noticeable feature of the day is the sound of a siren that is heard throughout the country twice, during which the entire nation observes a two-minutes “standstill” of all traffic and daily activities. The first siren marks the beginning of Memorial Day at 8 p.m., and the second is at 11 a.m., before the public recitation of prayers in the military cemeteries. All radio and television stations broadcast programs portraying the lives and heroic deeds of fallen soldiers. Most of the broadcasting time is devoted to Israeli songs that convey the mood of the day. 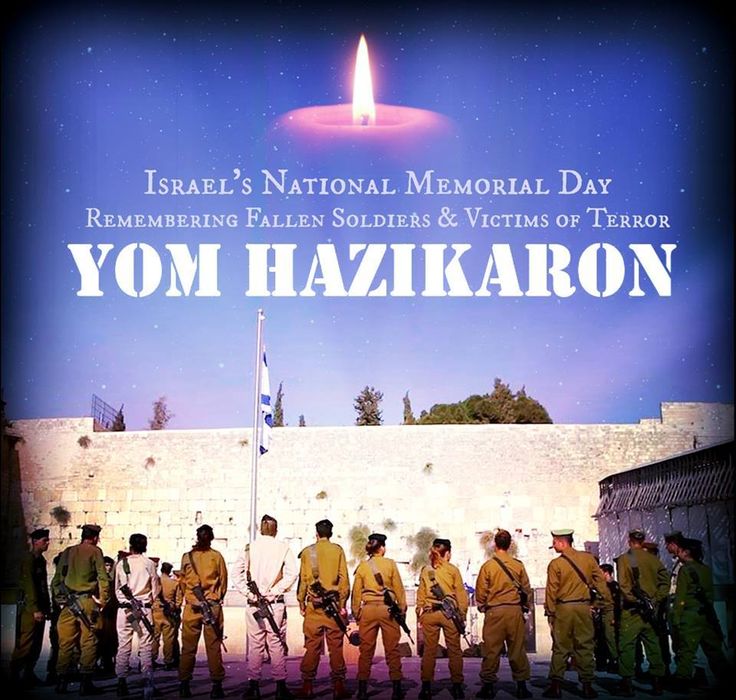 Almost every high school in Israel has a “memorial corner” with the photos of the school graduates who fell in battle or while on military duty. Some high schools organize their own Yom Hazikaron ceremonies and invite the families of the fallen graduates to participate. The unique atmosphere of the day is enhanced by the sight of teenagers and children, all dressed in white shirts and blue pants or skirts, on their way to school, and thousands of soldiers in uniform on their way to the military cemeteries.

The list of fallen soldiers becomes longer every year. The inevitable tendency of radio and television programs is to focus on individual stories of soldiers who lost their lives in recent decades, rather than on those who fought in the pre-state undergrounds and 1948 war, who have fewer surviving immediate family relatives today.

Yom Hazikaron is not conceived as a religious commemoration by the majority of Israelis, but as part of the civil culture. The siren sound seems to inspire awe and sanctity no less than any traditional religious ceremony.

Outside of Israel, Yom Hazikaron is commemorated as part of Israel Independence Day observance. There is usually a short memorial or a moment of silence preceding the communal Yom Ha’atzmaut celebration. In synagogues that observe Yom Ha’atzmaut, a special reading may be added to the service, often preceding the Kaddish [memorial prayer].

“Magash Hakesef” (The Silver Platter), a poem written by Nathan Alterman during the 1948 War of Independence, was during the 1950s and ’60s the most common reading for Yom Hazikaron ceremonies. The poem attained a status almost similar to Lincoln’s Gettysburg Address in U.S. culture. During the ’70s, especially following the Six-Day War(June 1967) and the Yom Kippur War (October 1973), numerous new poems and songs commemorating fallen soldiers became popular and often replaced “The Silver Platter” in public ceremonies. “Hare’ut” (“Friendship”), a song composed a year after the 1948 war, had an impressive comeback in the 1980s and ’90s. The late prime minister Yitzhak Rabinconsidered this poem/song to be his favorite.

3 These are the nations Yahweh left behind to test all the Israelites who had not experienced any war in Canaan. 2 The Lord left them to teach Israel’s descendants about war, at least those who had known nothing about it in the past. 3 He left the five rulers of the Philistines, all the Canaanites, the Sidonians, and the Hivites who lived on Mount Lebanon from Mount Baal Hermon to the border of Hamath.