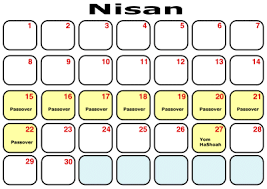 YAHUSHUA HA MASHIACH described his earthly father as a Just and Pious man.  It is good to know more about Joseph and Myryam (a.k.a Mary), YAHUSHUA’S (appointed) earthly parents.

Having read “The HISTORY OF JOSEPH, THE CARPENTER and EARTHLY FATHER OF YAHUSHUA HA MASHIACH,” I thought it good to honour YAHUSHUA’S commandment in relation to honouring the day on which HIS earthly father died as there are blessings in doing so.

This is to be commemorated each year as per YAHUSHUA HA MASHIACH’S desire.

YAHUSHUA’S Earthly father was very special to HIM. In fact, Joseph died in a very special way. The shroud in which his body was placed could not be touched or opened by any man as it was made to become like metal by YAHUSHUA Almighty – YAH works in mysterious ways, huh?!

The absence of Joseph during YAHUSHUA’S Earthly Ministry must have been YAHUVEH EL’S Divine Plan so as to enable YAHUSHUA to easily make reference to HIS HEAVENLY ABBA (FATHER).

YAHUSHUA HA MASHIACH also had to leave HIS earthly home town as well as assign his closest friends (Apostle YAHuchanan/John, etc) to look after HIS earthly mother, Miryam (a.k.a Mary, Miriam).

CHAPTER XV
Therefore, the whole age of my father, the just [11] old man, made up one hundred and eleven years, for so my heavenly Father decreed. And the day on which his soul departed from his body, was the twenty-sixth of the month Abib. For now the fine gold began to lose its brightness, and the silver to be worn with use, I mean his intellect and understanding. Moreover, he loathed his food and drink, and his skill in the carpenter’s trade failed him, nor did he any longer have regard to it. It came to pass, therefore, at daybreak on the twenty-sixth day of the month of Abib, that the soul of the old man, Joseph the Just, was rendered unquiet as he lay in his bed, “Wherefore, he opened his mouth and sighed, and smote his hands together, and cried out, with a loud voice, saying after this manner: