THE BOOK OF JUDITH

The Book of Judith

The Book of Judith relates the story of God’s deliverance of the Jewish people. This was accomplished “by the hand of a female”—a constant motif (cf. 8:33; 9:9, 10; 12:4; 13:4, 14, 15; 15:10; 16:5) meant to recall the “hand” of God in the Exodus narrative (cf. Ex 15:6). The work may have been written around 100 B.C., but its historical range is extraordinary. Within the reign of Nebuchadnezzar (1:1; 2:1), it telescopes five centuries of historical and geographical information with imaginary details. There are references to Nineveh, the Assyrian capital destroyed in 612 B.C., to Nebuchadnezzar, the ruler not of Assyria but of Babylon (605/604–562), and to the second Temple, built around 515. The postexilic period is presumed (e.g., governance by the High Priest). The Persian period is represented by two characters, Holofernes and Bagoas, who appear together in the military campaigns of Artaxerxes III Ochus (358–338); there seem to be allusions to the second-century Seleucid ruler Antiochus IV Epiphanes. Several mysteries remain: Judith herself, Arphaxad, and others are otherwise unknown. The geographical details, such as the narrow defile into Bethulia (an unidentified town which gives access to the heart of the land), are fanciful. The simple conclusion from these and other details is that the work is historical fiction, written to exalt God as Israel’s deliverer from foreign might, not by an army, but by means of a simple widow.

There are four Greek recensions of Judith (Septuagint codices Vaticanus, Sinaiticus, Alexandrinus, and Basiliano-Vaticanus), four ancient translations (Old Latin, Syriac, Sahidic, and Ethiopic), and some late Hebrew versions, apparently translated from the Vulgate. Despite Jerome’s claim to have translated an Aramaic text, no ancient Aramaic or Hebrew manuscripts have been found. The oldest extant text of Judith is the preservation of 15:1–7 inscribed on a third-century A.D. potsherd. Whatever the reasons, the rabbis did not count Judith among their scriptures, and the Reformation adopted that position. The early Church, however, held this book in high honor. The first-century Pope, St. Clement of Rome, proposes Judith as an example of courageous love (1 Corinthians 55). St. Jerome holds her up as an example of a holy widow and a type of the Church (To Salvina: Letter 79, par. 10; see also To Furia: Letter 54, par. 16) and, in another place, describes Mary as a new Judith (To Eustochium: Letter 22, par. 21). The Council of Trent (1546) included Judith in the canon; thus it is one of the seven deuterocanonical books.

Inner-biblical references are noteworthy: as God acted through Moses’ hand (Ex 10:21–22; 14:27–30), so God delivers “by the hand of a female,” Judith. Like Jael, who drove a tent peg through the head of Sisera (Jgs 4), Judith kills an enemy general. Like Deborah (Jgs 4–5), Judith “judges” Israel in the time of military crisis. Like Sarah, the mother of Israel’s future (Gn 17:6), Judith’s beauty deceives foreigners, with the result that blessings redound to Israel (Gn 12:11–20). Her Hebrew name means “Jewish woman.” Her exploits captured the imagination of liturgists, artists, and writers through the centuries. The book is filled with double entendres and ironic situations, e.g., Judith’s conversation with Holofernes in 11:5–8, 19, where “my lord” is ambiguous, and her declaration to Holofernes that she will lead him through Judea to Jerusalem (his head goes on such a journey).

The book can be divided into five parts: 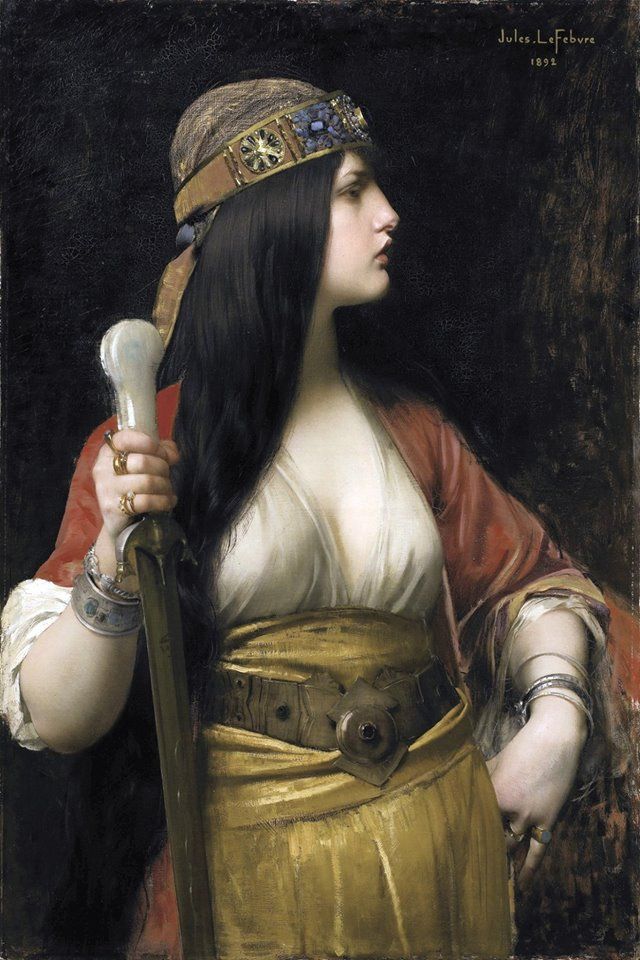 THE WAR BETWEEN NEBUCHADNEZZAR AND ARPHAXAD

1 While King Nebuchadnezzar was ruling over the Assyrians from his capital city of Nineveh, King Arphaxad ruled over the Medes from his capital city of Ecbatana. 2 Around Ecbatana King Arphaxad built a wall 105 feet high and 75 feet thick of cut stones; each stone was 4 1/2 feet thick and 9 feet long. 3 At each gate he built a tower 150 feet high, with a foundation 90 feet thick. 4 Each gateway was 105 feet high and 60 feet wide—wide enough for his whole army to march through, with the infantry in formation.

7 Then King Nebuchadnezzar of Assyria sent a message to the Persians and to the people to the west, in the regions of Cilicia, Damascus, Lebanon, Antilebanon, to those along the coast, 8 and in the regions of Carmel, Gilead, northern Galilee, and Jezreel Valley. 9-10 The message also went to the people living in Samaria and the nearby towns, to those in the area west of the Jordan River as far as the cities of Jerusalem, Bethany, Chelous, and Kadesh, and to the district of Goshen. The message was also taken to the Egyptian cities of Tahpanhes, Rameses, Tanis, and Memphis, and the district up the Nile River to the Ethiopian[a]border. 11 But everyone in this whole region ignored King Nebuchadnezzar’s appeal and refused to take part in the war. They thought that he had no chance of winning the war, so they were not afraid of him and sent his messengers back disgraced and empty-handed.

12 This made Nebuchadnezzar so furious that he vowed he would risk his entire kingdom to take revenge on all those people. He vowed that he would put to death the entire population of Cilicia, Damascus, Syria, Moab, Ammon, Judah, and Egypt—everyone from the Mediterranean Sea to the Persian Gulf.

13 In the seventeenth year of his reign King Nebuchadnezzar led his army into battle against King Arphaxad. He defeated all of Arphaxad’s forces, including his entire cavalry, and all his charioteers. 14 Then Nebuchadnezzar occupied all the towns in the land of Media and advanced against the city of Ecbatana. He captured the city’s towers, looted its markets, and made that beautiful city a ruin. 15 He captured King Arphaxad in the mountains around Rages and killed him. After Arphaxad’s death, 16 Nebuchadnezzar and his entire army returned to Nineveh with all the loot taken in battle. There they relaxed and feasted for four months.