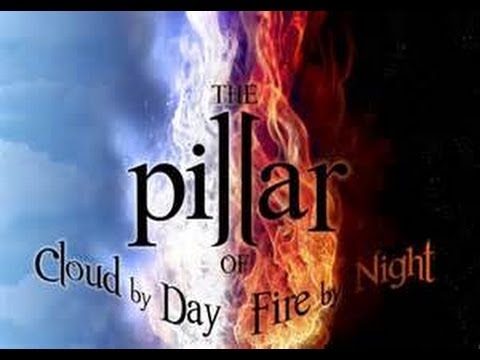 This is inspired by the TORAH Portion Reading, “BEHA’ALOTCHA/WHEN YOU SET UP or ASCEND.”

The Cloud as the Guide

What was the Number one thing which set the Biblical Israelites apart from everyone else around the world?

What is that one thing that still sets the Children of Israel part from all other nations in this day and age?

The DIVINE PRESENCE OF YAH ALMIGHTY!

The SHKINYINYAH GLORY of YAHUVEH Almighty!!!

YAHUVEH GOD chose them specially out of the rest of the world to make HIS Presence manifest in and through them all the days of their lives.

60 Arise, shine, for your light has come!
The glory of Adonai has risen on you.
2 For behold, darkness covers the earth,
and deep darkness the peoples.
But Adonai will arise upon you,
and His glory will appear over you.
3 Nations will come to your light,
kings to the brilliance of your rising.
4 Lift up your eyes and look all around:
they all gather—they come to you—
your sons will come from far away,
your daughters carried on the hip.
5 Then you will see and be radiant,
and your heart will throb and swell with joy.
For the abundance of the sea will be turned over to you.
The wealth of nations will come to you.
6 A multitude of camels will cover you,
young camels of Midian and Ephah,
all those from Sheba will come.
They will bring gold and frankincense,[a]
and proclaim the praises of Adonai.
7 All Kedar’s flocks will be gathered to you.
Nebaioth’s rams will minister to you.
They will go up with favor on My altar,
and I will beautify My glorious House.

So, the question now is, aside from YAH’S SALVATION, observation of YAH’S True Sabbath, etc,

what makes you stand out from everyone else around you?

What guides your life?

What makes you stand out at work, School, College, University, etc?

ALL THE CHILDREN OF ISRAEL

After the Dinah rape incident, the Children of Israel became more well known around the world, how? This incident advertised their GOD as the greatest ever, more than all other gods!!!

Well, Simeon and Levi started it all behind their father’s back. It was part of YAH’S plan so as to acquire the pieces of land which rightyfully belonged to the Children of Israel as dedigned by YAH. It was through this event in history that led to YAH setting Levi apart as someone who would serve YAH in a special way all the days of his life.

They refused to accept that it was okay for Shechem son of Hamor the Hivite, who was chief of that region to marry their sister (after violating her without permission and proper procedure)!!! What Shechem did to Dinah really annoyed Simeon and Levi. He was considered unclean and not one with them particularly because he was no circumcised! What Simeon and Levi did next was to attack the entire town and city where Shechem lived while they were very vulnerable. Simeon and Levi killed everyone particularly the men and took the spoils. On discovering what their sons had done, Jacob/Israel became very afraid for he knew that never-ending battle was about to start against him and his household. And indeed, so it happened.

The sons of Jacob had to take up arms and fight in the battle against those people in their neighbourhood who came against them in order to avenge the city of Shechem. For about 1 year to 11/2 years, Jacob/Israel and ten of his sons fought and fought and fought! Isaac, Israel’s father was still alive by this time and in fsct supported them in prayer. Note that Abraham ‘s head-servant, Eleazar was also trained to fight. Praise YAH for the strength that YAH Almighty gave to all the sons of Israel and most especially YAHudah/Judah! They had victories through. Some of the Children of Israel nearly lost their lives but YAH did not allow it. Even in the midst of battle, they cried out to YAH Almighty to strengthen them. YAH answered them. All the nighbours became afraid of them from henceforth.

This information can be found in the “Book of Jasher.”

…..Because the DIVINE PRESENCE OF YAH ALMIGHTY in the lives of the Children of Israel, the entire world was very afraid of them including:

Pharoah having seen that the Sea of Reeds (a.k.a Red Sea) had parted miraculously and the Children of Israel crossing over to the other side on dry ground, admitted that GOD of the Children of Israel is GOD – the only true one, for HE parted the Sea of Reeds for HIS beloved people then brought back the waters which drowned all Pharoah’s chariots and army before his very eyes.

King Nebuchadnezzar having been humbled by YAHUVEH GOD for some time through becoming inhumane (like an animal, losing his mind, eating grass, living with animals, etc), admitted that the GOD of Daniel is Daniel (Daniel 4)!!! He also admitted this after Shadrach, Meshasch and Abednego had been thrown into the fire and were not harmed (Daniel 3) plus when Daniel was thrown into the lions’ den and they did not harm or eat him (Daniel 6). We have teachings on these on our website.

YAHUSHUA HA MASHIACH, the greatest man to ever walk this earth as HE was GOD HIMSELF, was unique and outstanding from the very day he was born to Miryam (a.k.a Mary) and Joseph. The very person who delivered him into the world obtained a miracle from HIM. During their hiding in Egypt, Miryam and Joseph found themselves staying in various houses daily and weekly because some of the Egyptian people had heardabout the baby who does mirzcles and they needed miracles. On returning to The Nation of Israel, Baby YAHUSHUA at the time continued to do great wonders in various people’s lives including the two thieves who were later crucified with HIM at Golgotha. This information can be found in “The Gospel of the Birth of YAHUSHUA HA MASHIACH.”

The Apostles of YAHUSHUA were blessed with the DIVINE PRESENCE OF YAH ALMIGHTY in a way that was very unique and hard to find these days. Their shadows could heal and deliver! This attracted persecution against them for their Faith in YAHUSHUA!

The former President of Uganda, Idi Amin Dada declared with his mouth that it was pointless to ask his army to rise and fight against the Israeli army (Israeli Defense Force – IDF) because they are the Children of Abraham, Children of GOD! He would be fighting a losing battle!!! Idi Amin knew the history of the Children of Israel. Despite knowing the history, he still allowed Former President Gaddafi of Libya to lure him into co-operating with the Palestinian terrorists/raiders in order to terrorise the Children of Israel who had boarded a France Airlines in retaliation against them for their so-called crimes against the Palestinian people.

Do you carry YAH’S Mighty, Precious and DIVINE PRESENCE everywhere you go?

How do you maintain it or keep the Holy Fire burning in your life?

Do miracles from YAH Almighty occur through you?

Are you outstanding just like YAHUSHUA and HIS Holy Apostles as well as HIS Holy Prophets?

Are you a terror to mankind, particularly unbelievers?

The DIVINE PRESENCE OF YAH ALMIGHTY makes a difference, a very big difference!!!

With terrorism and kidnapping, etc on the increase, let YAH Almighty guide your footsteps in life daily and throughout the day!

Don’t just go and take out a loan of any kind!!!

Ask YAH to guide you and help you to manage your finances! This is the worst time ever on earth to be in debt as the world-wide economic crisis is just going to get worse!

…………………………….to stand out for good everywhere you go!!! Make a difference spiritually which will manifest physically!!!