Tevet is the fourth month of the civil year and the tenth month of the ecclesiastical year on the Hebrew calendar. It follows Kislev and precedes Shevat. It is a winter month of 29 days. Tevet usually occurs in December–January on the Gregorian calendar. 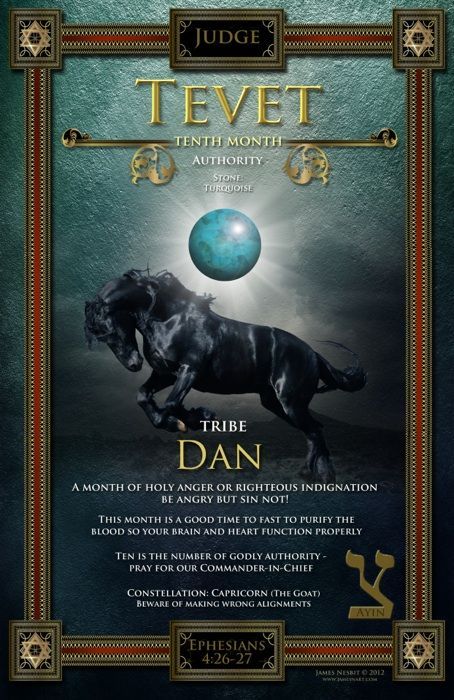 The Month of “FINDING YOUR PATH IN THE EVER INCREASING LIGHT”

Tevet always commences at a very busy time of the year and can almost be missed as a matter of fact.

Tevet always commences during the Festival of Dedication and Lights a.k.a CHANUKAH (also spelt as HANUKKAH).

The Hebrew Month always begins during CHANUKAH however in some years, CHANUKAH is observed very early on in the Roman Gregorian Month of December. In those particular years, it is a time of ever increasing darkness.

In other years, CHANUKAH takes place very late in December and even spills into January. In those years, the month of Tevet is a time of ever-increasing LIGHT!

It can therefore be concluded that in the month of “Tevet,” things are either getting DARKER and DARKER or LIGHTER and LIGHTER!

YAH Almighty does not want you walking in darkness this month but rather in HIS MARVELLOUS LIGHT (1 Peter 2:9). Additionally, YAH says that,

18 But the path of the just is as the shining light, that shineth more and more unto the perfect day.

19 The way of the wicked is as darkness: they know not at what they stumble.

20 My son, attend to my words; incline thine ear unto my sayings.

18 But the path of righteous people is like the light of dawn
that becomes brighter and brighter until it reaches midday.

19 The way of wicked people is like deep darkness.
They do not know what makes them stumble.

20 My son,
pay attention to my words.
Open your ears to what I say.

18 The path of the righteous is like the light of dawn,
shining brighter and brighter until the full day.

19 The way of the wicked is like darkness.
They do not know what makes them stumble.

20 My son, pay attention to my words—
incline your ear to my sayings.

YAH Almighty wants to take you on that path and lead you from GLORY to GLORY!

In order to answer this question, we need to look at two people in the Holy Biblical Scriptures who are associated with “Tevet.”

Jewish History in the Month of “Tevet”:

This list is incomplete; you can help by expanding it.