SHALOM in YAHrushalayim and Israel as a whole 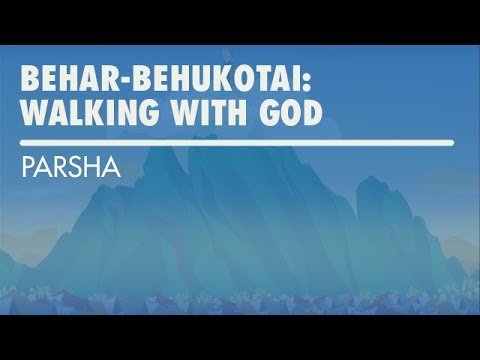 The most effective measure that the modern State of Israel could take to improve the security situation is to turn back to the TORAH and place hope in the One and Only True MASHIACH/MESSIAH, YAHUSHUA.

It is interesting that in the very week we are reading the TORAH Portion “BEHAR-BECHUKOTAI/On The Mountain-In My Statutes, an attack on Israel has occurred with 20 rockets fired from Syria by Iran.

This TORAH Portion reminds and beckons YAH’S Children to return to their First Love they had for HIM plus ask remain obedient to HIS TORAH! It is from there YAH’S faithfulness will be made manifest for the Children of Israel.

Yom YAHrushalayim/Jerusalem Day is an Israeli national holiday commemorating the reunification of Jerusalem and the establishment of Israeli control over the Old City in the aftermath of the June 1967 Six-Day War.

Amightywind Prophecy Israel, I love you, I rebuke you is so very much related to this TORAH Portion Reading. I high recommend that it be read and/or listened to this SHABBAT/SABBATH and if possible the entire weekend. Meditate upon it and pray hard for Israel and yourself!

When the nation of Israel as a whole is walking in covenant faithfulness, she will experience SHALOM (שלום) in the land.

The Hebrew word shalom is more than just a greeting. It means:

In this context it refers to security from enemies. Moreover, the TORAH promises protection from harmful beasts in the land.

6 “I will bring shalom in the land, and you will lie down, with no one making you afraid. I will remove dangerous beasts from the land and no sword will pass through your land.

The shalom of Israel is under constant threat from the hostile neighbor nations and from terrorists.

Leviticus says that when the nation of Israel as a whole is walking in covenant faithfulness, she will vanquish her enemies. The TORAH says that,

8 Five of you will chase 100 and 100 of you will chase 10,000, and your enemies will fall by the sword before you.
9 “I will turn toward you, make you fruitful and multiply you, and I will confirm My covenant with you. 10 You will eat the old harvest and clear out the old because of the new.

The power of righteous people banding together increases exponentially.

They possess the SPIRITUAL POTENTIAL by which each one of them can single-handedly defeat twenty of Israel’s enemies.

One hundred TORAH keepers have even greater SPIRITUAL POTENTIAL.

Each one of them possesses the potential to single-handedly defeat one hundred of Israel’s enemies.

This teaches that each individual who joins himself to the ranks of the faithful increases their puissance by more than one. Remember the story of Jonathan and his armor bearer who single-handedly defeated a battalion of Philistines.

Also, the Book of Jasher tells of how the 12 sons of Israel defeated hundreds and thousands of their enemies time and time again. YAHudah/Judah was the strongest of them all! He always went ahead in battle or war.

Each Child of Jacob/Israel had a special quality imbued in them that was useful in war times, for example Naphtali was swift like a deer/doe, etc. Also,they each had Supernatural Strength from above.

The point is that each person is critical to the whole. Likewise, the Body of YAHUSHUA HA MASHIACH (a.k.a the true and faithful believers in YAHUSHUA who are also the Bride of YAHUSHUA) is more than just the sum of its parts. Each person who commits to a life of discipleship exponentially strengthens the entire body.

According to Leviticus, the most effective measure Israel could take to improve her security situation is to turn to the commandments of the TORAH as well as accept YAH’S SALVATION!

When the one and only true MASHIACH returns, HE will fully turn Israel’s hearts back to TORAH, and HE will establish complete SHALOM in the land.

Pray for SHALOM in the Land!

Pray for the welfare of the State of Israel.

14 However, if my people, who are called by my name,
will humble themselves,
pray, search for me, and turn from their evil ways,
then I will hear their prayer from heaven, forgive their sins,
and heal their country.

2 “To the angel of the church of Ephesus write,

‘These things says He who holds the seven stars in His right hand, who walks in the midst of the seven golden lampstands: 2 “I know your works, your labor, your patience, and that you cannot bear those who are evil. And you have tested those who say they are apostles and are not, and have found them liars; 3 and you have persevered and have patience, and have labored for My name’s sake and have not become weary. 4 Nevertheless I have this against you, that you have left your first love. 5 Remember therefore from where you have fallen; repent and do the first works, or else I will come to you quickly and remove your lampstand from its place—unless you repent. 6 But this you have, that you hate the deeds of the Nicolaitans, which I also hate.
7 “He who has an ear, let him hear what the Spirit says to the churches. To him who overcomes I will give to eat from the tree of life, which is in the midst of the Paradise of God.”’

Video: Israel I love you, Israel I rebuke you!