YAHUVEH GOD’S LAW AGAINST SACRIFICING CHILDREN (a.k.a pizzas and hot dogs) TO Moloch/Molech:

20 Yahweh spoke to Moses, 2 “Tell the Israelites: If Israelites or foreigners living among you give one of their children as a sacrifice to the god Molech, they must be put to death. The common people must stone them to death. 3 I will condemn them and exclude them from the people. They gave one of their children to Molech, made my holy tent unclean, and dishonored my holy name.

43 You carried along the shrine of Moloch, the star of the god Rephan, and the statues you made for yourselves to worship. I will send you into exile beyond the city of Babylon.’
44 “In the desert our ancestors had the tent of God’s promise. Moses built this tent exactly as God had told him. He used the model he had seen. 45 After our ancestors received the tent, they brought it into this land. They did this with Joshua’s help when they took possession of the land from the nations that God forced out of our ancestors’ way. This tent remained here until the time of David

….On Friday 25/05/2018), Irish voters will decide whether to repeal the 8th amendment to the country’s constitution, which gives equal right to life to both the foetus and mother from the moment of conception.

The electorate will also be asked, if the 8th is abolished, to enable the Irish parliament to draw up legislation that would legalise abortion in hospitals for pregnancies up to 12 weeks.

Anti-abortion campaigners have claimed in poster ads that repealing the 8th amendment would lead to widespread aborting of foetuses diagnosed with Down’s syndrome.

May 25th in Ireland

There are 55.6 million abortions each year around the world. Many in Ireland are fed up of the murder of these little innocent ones and are SPEAKING OUT! VOTE PRO-LIFE! And you will not only save a life but BLOOD WILL NOT BE ON YOUR HANDS.

Please watch the video below to learn more as one exposes the evil agenda of the satanic elite and those who hold power around the world.

DO YOU CARE TO SPEAK OUT?

Note that YAHUVEH GOD has revealed through HIS Amightywind Ministry that taxes do contribute to maintaining/sustaining abortion practises.

I had an abortion in 1995 and I experienced the deep shame, guilt, anger, and depression that came with it.

Pro-choice and pro-life supporters came together to see if they could find common ground. Participants included Planned Parenthood board members, scientists, and nurses who specialize in reversing abortions.

Want to learn from and create with us for 2 weeks this August? APPLY for Jubilee Fellowship 2018. Applications due May 20: http://jubileemedia.com/fellowship

Up to 40,000 Irish citizens living abroad are being urged to return home to cast crucial votes in a historic referendum in May that could overturn the country’s ban on abortion. A campaign, Home to Vote, is calling on the Irish diaspora in the UK, Europe, north America and elsewhere to book flights and ferries to Ireland to exercise their democratic right.

More than three-quarters of a million Irish-born people live in other countries – a significant number set against the resident population of 4.8 million. Only those who have been abroad for 18 months or less and intend to return to Ireland are eligible to vote. Those qualifying must register in advance and vote in person.

The referendum will ask whether article 40.3.3 of the Irish constitution – known as the eighth amendment – should be repealed. This gives a foetus the same rights to life as a pregnant woman, and has been in place since 1983, enshrining in the constitution a ban on abortion, even in cases of rape and fatal abnormality of the foetus.

If it is overturned in a referendum expected on 25 May, legislation giving women an unrestricted right to abortion up to the 12th week will be introduced. Since 1983 an estimated 170,000 Irish women have travelled to the UK to terminate their pregnancies, incurring high costs, logistical difficulties and emotional strain. In addition, up to 2,000 women a year end pregnancies by taking the abortion pill, illegally obtained online.

No one under 52 has had a chance to vote on this before. It’s a once-in-a-generation opportunity

Polls have shown a majority in favour of repeal, especially among young people, who form the majority of recent emigrants. The referendum is seen as another litmus test of liberalising social attitudes in Ireland and the declining influence of the Catholic church. “Lots of people have already pledged on Twitter to come home, saying they are booking annual leave and saving money for fares,” said Cara Sanquest of the London-Irish Abortion Rights Campaign, which is spearheading the effort.

“There is a huge Irish population in London but this is a global call for people to have their say in shaping the future of Ireland, a place where many will return to live at some point. No one under 52 has had a chance to vote on this before. It’s a once-in-a-generation opportunity. We’re asking people to make a journey in reverse that thousands of women are forced to make every year to have abortions.”

The Home to Vote website advises Irish citizens abroad of their rights and suggests ways of helping the campaign for those ineligible to vote. It also plans to raise funds for those struggling with travel costs.

Lianne Hickey, 26, who has been living and working in London for the past five months, has already booked flights and time off work. “Every vote counts, but it’s also important to send a message that Irish people want a fairer, safer world for Irish women, and are prepared to travel home for that,” she said.

“The referendum is just a recognition of reality: 11 women a day are forced to travel. We need to remove the shame and stigma, and allow women who need it to have a safe procedure in a familiar environment.”

In May 2015, Irish citizens travelled from as far as Australia to cast their votes in the equal marriage referendum. Hundreds posted pictures and accounts of their journey on social media under #HomeToVote, the same hashtag being used in the 2018 campaign.

There will be another opportunity after this date to vote again in the U.S.A. There are two types of votes that will be done. Only one vote out can be cast. 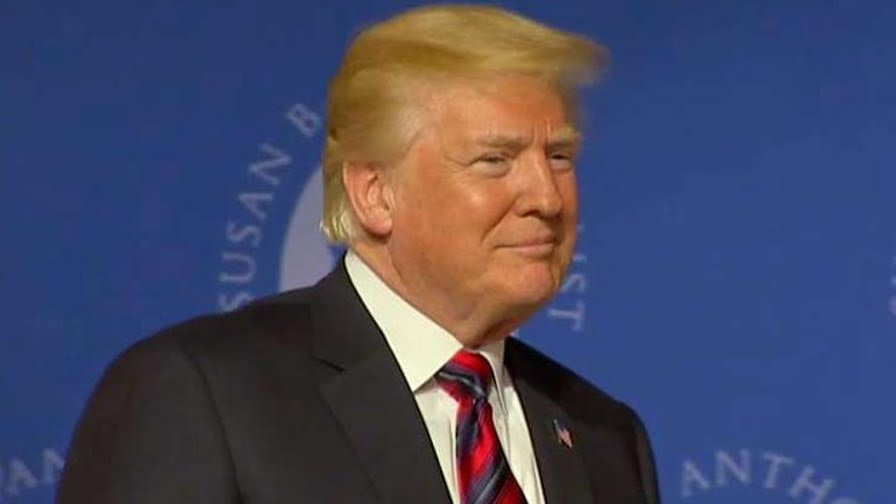 President Trump on Tuesday night urged pro-life supporters to keep control of Congress in the hands of Republicans this November by voting “for life.”

Published on Jan 18, 2018
The 45th annual March for Life rally takes place Friday in Washington. President Trump says he will speak at the anti-abortion event from the White House. The rally also coincides with the 45th anniversary of Roe vs. Wade, a Supreme Court ruling that legalized abortion in the United States. Pro-choice supporters favor the law, while anti-abortionists want the decision reversed. VOA’s Deborah Block looks at the debate over the issue. Originally published at – https://www.voanews.com/a/abortion-de…