One other thing is a custom performed on the first day of Rosh Ha Shanah/Yom Teruah if it does not fall on the weekly Shabbat and it is called: Write your sins on a piece of paper and then use it to pray symbolically.

Bread/Bread crumbs would also normally symbolically be thrown into the water. Click here for some interesting information on this subject. You symbolically pray over the bread/bread crumbs before taking it to the water body and while at the water body, you pray again using Micah 7:18-19. If you have time, you can say Psalm 118 and Psalm 130 there as well or say it in the house before leaving.

On the first day of ROSH HA SHANAH, Orthodox Jews traditionally proceed to a body of running water, preferably one containing fish, and symbolically cast off their sins. The TASHLICH ceremony includes: 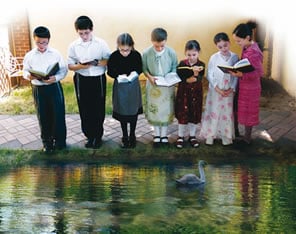 TASHLICH which can also be written as TASHLIKH is a customary Jewish atonement ritual performed during the High Holy Days. Tashlich comes from the Hebrew word meaning “to cast,” referring to the intent to cast away our sins via this meaningful and ancient Jewish custom.

It may be performed up until Hoshanah Rabba (the last day of Sukkot), as some communities are anyway accustomed, except on Shabbat.

We commemorate the self-sacrifice of Abraham by going to a river bank Special verses are recited next to a body of water, such as a:

Some rabbis were known to do TASHLICH next to a well, even one that dried up, or next to a bucket of water). Upon concluding the verses, the corners of one’s clothes are shaken out; for males, this is usually done with the corners of the tallit katan (tzitzit garment).

Though TASHLICH is not mentioned in the Jewish literature called Talmud. Its earliest reference appears to be in the book of the Prophet Nehemiah (8:1) which states, “All the Jews gathered as one in the street that is in front of the gate of water.”This gathering is known to have taken place on Rosh Hashanah.

8 Then all the people were brought as a single body into the plaza that was before the Water Gate. They said to Ezra the scribe, “Bring out the Torah scroll of Moses that Adonai had commanded Israel.”

2 Ezra the kohen brought the Torah before the assembly, which included men and women and all who could understand what they heard. This happened on the first day of the seventh month. 3 So he read from it before the plaza in front of the Water Gate from first light until midday, in the presence of the men and women, and others who could understand. And all the people listened attentively to the scroll of the Torah. 4 Ezra the scribe stood on a high wooden platform constructed for this purpose. Standing near him at his right hand were Mattitiah, Shema, Anaiah, Uriah, Hilkiah and Maaseiah and at his left hand were Pedaiah, Mishael, Malchijah, Hashum, Hashbaddanah, Zechariah and Meshullam.
5 Ezra opened the scroll in the sight of all the people for he was above all the people. When he opened it, all the people stood up. 6 Ezra blessed Adonai, the great God, and all the people answered, “Amen, amen!” as they lifted up of their hands. Then they bowed down and worshiped Adonai with their faces to the ground.
7 The Levites—Jeshua, Bani, Sherebiah, Jamin, Akkub, Shabbetai, Hodiah, Maaseiah, Kelita, Azariah, Jozabad, Hanan and Pelaiah—instructed the people in the Torah while the people were standing in their place. 8 They read from the Torah scroll of God, distinctly explaining[a] it and giving insight. Thus they understood what was read.
9 Then Nehemiah the governor, Ezra the kohen-scribe, and the Levites who were teaching the people said to all the people, “Today is kadosh to Adonai your God. Do not mourn or weep!” For all the people had been weeping when they heard the words of the Torah.
10 So he said to them, “Go! Eat choice food, drink sweet drinks, and send portions to those who have nothing ready. For today is kadosh to our Lord. Do not grieve, for the joy of Adonai is your strength.”
11 Then the Levites quieted all the people, saying, “Hush! For today is kadosh. Do not grieve.” 12 So all the people departed to eat and drink, to send portions and to celebrate with great joy, because they came to understand the words that were explained to them.

While there are different versions and verses of the TASHLICH liturgy depending upon community, what are common to all are the verses from the book of Micah (7:18-19) “Who is a GOD like You…” These words correspond to YAH’S thirteen attributes of mercy which we seek to arouse on Rosh Hashanah as we are being judged; the allusion to these thirteen attributes is known to always be beneficial.

18 Who is a GOD like you,
pardoning the sin and overlooking the crimes
of the remnant of his heritage?
He does not retain his anger forever,
because he delights in grace.
19 He will again have compassion on us,
he will subdue our iniquities.
You will throw all their sins
into the depths of the sea.

The goal of TASHLICH is to cast both our sins and the Heavenly prosecutor (a.k.a. the Satan) into the Heavenly sea. And when we shake our clothes after the TASHLICH prayer, this is a tangible act to achieve the spiritual goal of shaking sins from our soul.

Needless to say, the physical motions near the water and fish of TASHLICH are not what grant us atonement. But if we pay attention to the symbolism and apply the sincere desire to heal our relationship with YAH as portrayed in the physical demonstrations of TASHLICH, then it serves as a crucial part in the process of repenting and returning to YAH in purity.

In conclusion, this ceremony, reminds that YAHUVEH and YAHUSHUA are the LORD of New Beginnings, and even if we have sinned and fallen away from HIM, HE is faithful to restore us and to cast our sins away from us. After all, YAHUVEH GOD sent HIS only begotten son, YAHUSHUA to save us by being our sin-bearer and Kapparah, so we can take comfort in HIS forgiveness when we earnestly seek to repent from the harm we have done and begin anew with YAH.

May we all shake ourselves from sin and be signed and sealed in the Book of Life for a good and sweet new year, in YAHUSHUA’S Name, AMEN! 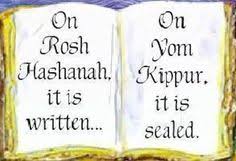