Note:
The regular readings above are often interrupted with special readings on Jewish holidays, special Sabbaths, and Rosh Chodesh. Refer to the annual Torah Portion schedule for these special portions.

Rabbi Meir said, There is a parable about this matter. To what can it be compared? It can be compared to two identical twin brothers. Both lived in a certain city. One was appointed king, and the other became a bandit. At the king’s command they hanged the bandit. But everyone who saw him hanging there said, The king has been hung! Therefore the king issued a command and he was taken down. (b.Sanhedrin 46b)

Seventy-four of the Torah’s 613 commandments (mitzvot) are in the Parshah of Ki Teitzei. These include the laws of the

Also recounted are the judicial procedures and penalties for:

The following cannot marry a person of Jewish lineage:

An example of a levirate marriage is that of Boaz and Ruth (Book of Ruth).

Ki Teitzei concludes with the obligation to remember “what Amalek did to you on the road, on your way out of Egypt.” 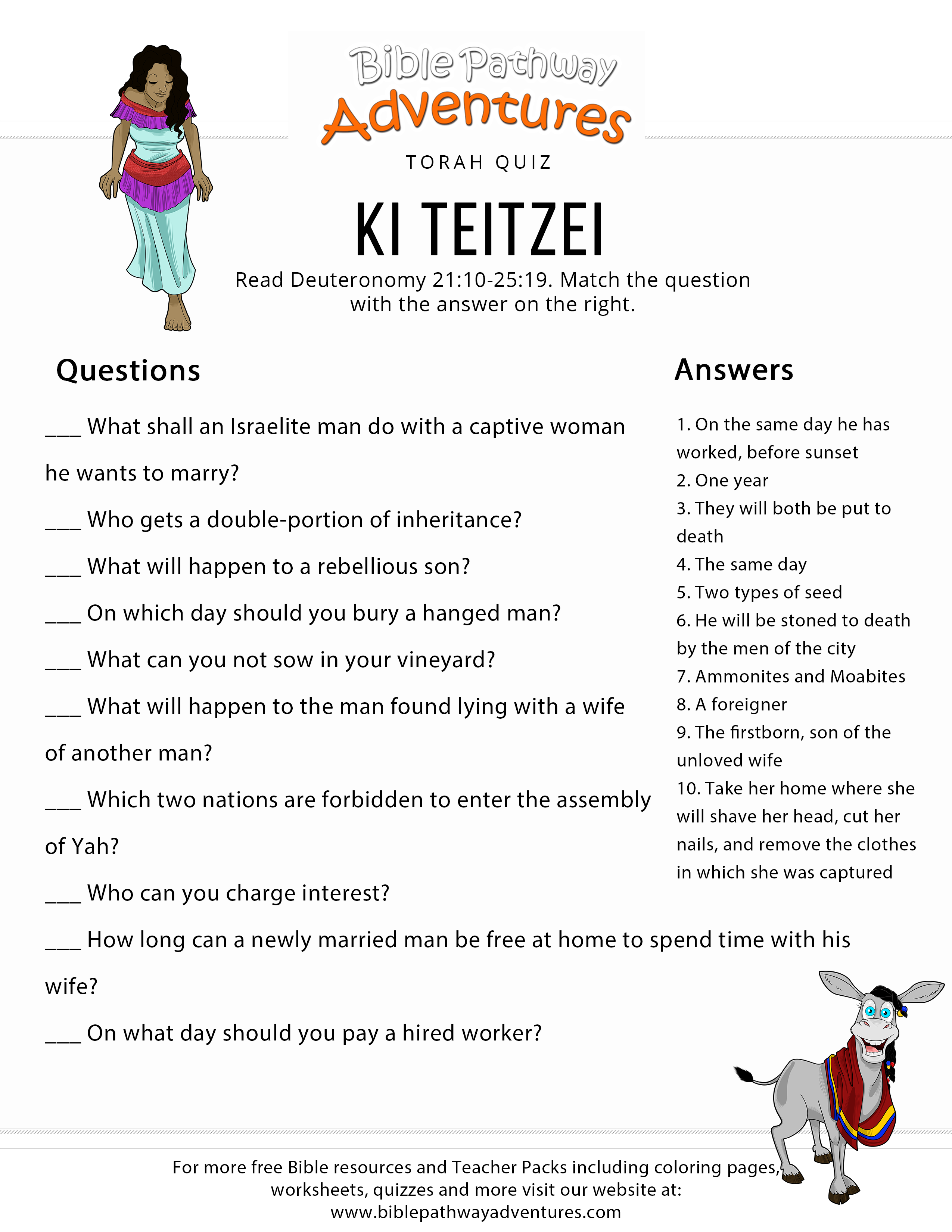