PREPARE YOUR RUACH/SPIRIT FOR A FRESH IN-FILLING OF RUACH HA KODESH/HOLY SPIRIT!

PREPARE FOR A FRESH BAPTISM! 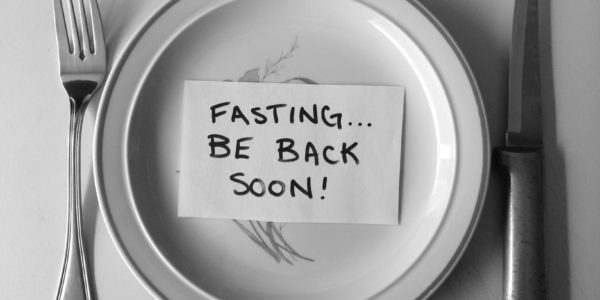 It is customary to go on a dry fast or a fast during which you break each day and re-start the next day (sun-down to sun-down) for the 3 days preceding the Feast of SHAVU’OT/WEEKS/PENTECOST. This is based on Exodus 19:10-11.

10 And the Lord said unto Moses, Go unto the people, and sanctify them to day and to morrow, and let them wash their clothes,

11 And be ready against the third day: for the third day the Lord will come down in the sight of all the people upon mount Sinai.

Shavuot is celebrated as the time of the giving of the Torah, in which there are six hundred and thirteen mitzvot. The reading of the story of Ruth on Shavuot emphasizes the importance of every good deed and teaches that a person may never know how performing a single good deed may bring Mashiach and the ultimate redemption of the Jewish people.

During this time, it is THEREFORE also customary to read:

In honour of King David, the Prophet Shmuel wrote the Book of Ruth to delineate the lineage of King David. It concludes with verses stating the connection between King David and Ruth. King David died on Shavuot

The Book of Ruth is recited as part of the program of study for Shavuot night. Additionally, in many synagogues it is read publicly on the second day of Shavuot. There are several reasons for this custom:

It is also customary to spend the night preceding SHAVU’OT which is known as “EREV SHAVU’OT” reading and studying Exodus 20.

You should also read and study the Book of Ruth!

The period of Counting the Omer is a time of deep preparation spiritually for the fresh in-filling of RUACH HA KODESH and baptism by immersion!

The last three days are very crucial as they are so close to the day of meeting with YAH Almighty in a special way.

During this time in the days of old after YAHUSHUA HA MASHIACH had ascended to the Heavens, it is most likely that HIS disciples left the Mount of Olives and went to the Temple in Jerusalem where they stayed praying and waiting on the receipt of RUACH HA KODESH! YAHUSHUA’S disciples knew that within 10 days after that ascension, the Feast of SHAVU’OT would come about. They must have had an idea of when YAHUSHUA’S ABBA YAHUVEH would send the promised special gift from above.

The Feast of SHAVU’OT is the second most important feast in the YAH’S yearly cycle of life/cycle of feasts. YAHUVEH GOD had commanded the Children of Israel from the days of Moses that they were to meet with YAH in a very special way as a congregation. It was customary for the Children of Israel to go to YAHrushalayim/Jerusalem to meet at the Temple as commanded by YAH Almighty plus make offerings on:

Therefore, the Children of Israel were most likely in the Second Temple praying and waiting to receive RUACH HA KODESH. The crowd mention in Acts that Apostle Peter addresses would most likely have gathered at the Temple courts. Since it was SHAVUOT, many people had gathered to honour YAHUVEH’S mitzvah/commandment. Note that about 4,000 to 5,000 men accepted YAH’S SALVATION! Such a number of people would not be outside someone’s house but rather at the temple.

As a Christian/Messianic Jew, it would be good to have Special Night Vigils on these days either individually or as a group of brethren with the same beliefs or both.

This can be done in someone’s home, synagogue, church hall or community hall or even a retreat centre. 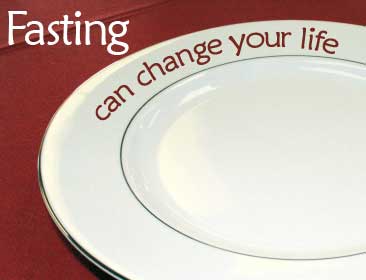 19 In the third month, when the children of Israel were gone forth out of the land of Egypt, the same day came they into the wilderness of Sinai.

2 For they were departed from Rephidim, and were come to the desert of Sinai, and had pitched in the wilderness; and there Israel camped before the mount.

3 And Moses went up unto God, and the Lord called unto him out of the mountain, saying, Thus shalt thou say to the house of Jacob, and tell the children of Israel;

4 Ye have seen what I did unto the Egyptians, and how I bare you on eagles’ wings, and brought you unto myself.

5 Now therefore, if ye will obey my voice indeed, and keep my covenant, then ye shall be a peculiar treasure unto me above all people: for all the earth is mine:

6 And ye shall be unto me a kingdom of priests, and an holy nation. These are the words which thou shalt speak unto the children of Israel.

7 And Moses came and called for the elders of the people, and laid before their faces all these words which the Lord commanded him.

8 And all the people answered together, and said, All that the Lord hath spoken we will do. And Moses returned the words of the people unto the Lord.

9 And the Lord said unto Moses, Lo, I come unto thee in a thick cloud, that the people may hear when I speak with thee, and believe thee for ever. And Moses told the words of the people unto the Lord.

10 And the Lord said unto Moses, Go unto the people, and sanctify them to day and to morrow, and let them wash their clothes,

11 And be ready against the third day: for the third day the Lord will come down in the sight of all the people upon mount Sinai.

12 And thou shalt set bounds unto the people round about, saying, Take heed to yourselves, that ye go not up into the mount, or touch the border of it: whosoever toucheth the mount shall be surely put to death:

13 There shall not an hand touch it, but he shall surely be stoned, or shot through; whether it be beast or man, it shall not live: when the trumpet soundeth long, they shall come up to the mount.

14 And Moses went down from the mount unto the people, and sanctified the people; and they washed their clothes.

15 And he said unto the people, Be ready against the third day: come not at your wives.

16 And it came to pass on the third day in the morning, that there were thunders and lightnings, and a thick cloud upon the mount, and the voice of the trumpet exceeding loud; so that all the people that was in the camp trembled.

17 And Moses brought forth the people out of the camp to meet with God; and they stood at the nether part of the mount.

18 And mount Sinai was altogether on a smoke, because the Lorddescended upon it in fire: and the smoke thereof ascended as the smoke of a furnace, and the whole mount quaked greatly.

19 And when the voice of the trumpet sounded long, and waxed louder and louder, Moses spake, and God answered him by a voice.

21 And the Lord said unto Moses, Go down, charge the people, lest they break through unto the Lord to gaze, and many of them perish.

22 And let the priests also, which come near to the Lord, sanctify themselves, lest the Lord break forth upon them.

23 And Moses said unto the Lord, The people cannot come up to mount Sinai: for thou chargedst us, saying, Set bounds about the mount, and sanctify it.

24 And the Lord said unto him, Away, get thee down, and thou shalt come up, thou, and Aaron with thee: but let not the priests and the people break through to come up unto the Lord, lest he break forth upon them.

25 So Moses went down unto the people, and spake unto them.