The following is inspired by TORAH Parashah TZAV/TSAV.

In Tzav, the priests are given the procedure for offering the obligatory sacrifices on behalf of all the nation of Israel.

“Let him offer a male without blemish; he shall offer it of his own free will at the door of the tabernacle of meeting before the LORD.”  (Leviticus 1:3)

Korbanot Olah are voluntary offerings that is to be completely burnt.  Nothing is to be eaten.

To offer it, the worshiper brings a male animal without blemish to the door of the Tabernacle.  A male or female dove or pigeon can be offered if a person does not have the means to offer a bullock, ram or goat.

The Israelite then places his hands upon the head of the animal offering with the knowledge that this innocent animal is about to pay the price for his sin.  After the worshiper asks Adonai for forgiveness, the animal is slaughtered.

Tzav also describes the duties for the Minchah (present or gift) or the Meal Offering in which the people of Israel also give grain offerings.

The priests burned a fistful (Kometz) of this offering on the altar and eat the rest.

Often the choicest flour is mixed with oil and salt to make a cake, but it cannot contain leaven or honey.

Although honey has a pleasant smell when it boils, it smells bitter and unpleasant when it burns.  The offering was to be sweet smelling, as was the incense offered with it.

While Tzav seems to specify grain, elsewhere we see also vegetables and animals given for a Minchah (Genesis 4:3–4; 1 Samuel 2:15–17).

When YAH rejected Cain and his offering, he became embittered.  YAH graciously told him that if would do well, he would be accepted.  Cain, however, chose not to follow Adonai’s advice, most likely because of unbelief.  That’s when he went from bad to worse.  He did not repent, choosing instead a path of rebellion that resulted in him killing his brother.

The Shelamim (which is related to the word shalom) is a voluntary offering that expresses a sense of well-being, praise, and thanksgiving, such as when Jacob and Laban made a treaty with one another.  (Genesis 31:54)

This offering is similar to the burnt offering; however, while male or female animals were acceptable, but not birds.  They are not fully burned as are burnt offerings, but only specified portions of fat and internal organs were placed on the altar.

A portion of the Shelamim is to be eaten by the priests and even by the one making the offering. 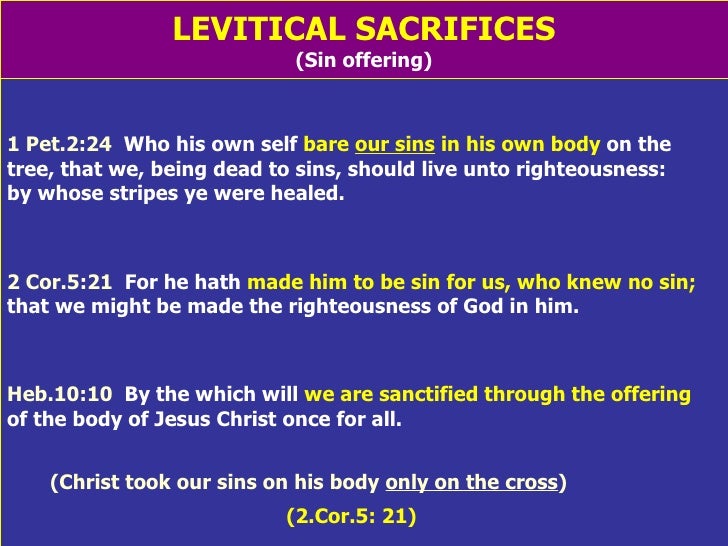 Chatat are offered for unintentional sins (Leviticus 4:1–4), sins due to carelessness or inadvertence.

Note that the first letter of the word “Chatah” is the “chet” which symbolises life. No wonder YAH says in HIS Holy Scriptures that the WAGES OF SIN IS DEATH. SIN is connected to LIFE (study the Hebrew)!!!

The status of the offender dictates the class of chatat.  If the offender is the high priest or the whole community of Israel, it is considered a more serious transgression because it impacts the welfare of the entire nation.  A young bull is required and it is burned outside the camp.

If the offender is a leader, such as the king, a male goat is to be brought.

If it is an individual, a female sheep or goat is to be brought.  For these latter two, the priests are to eat the sacrifices within the Tabernacle grounds.

The chatat is also required for three sins of omission

Leviticus 6:5–7 details the guilt offering of a ram for the following:

For an Asham, it does not suffice to simply offer a sacrifice.  The offender has to make restitution plus add an additional fifth of the value.

Judaism and the Treatment of Animals 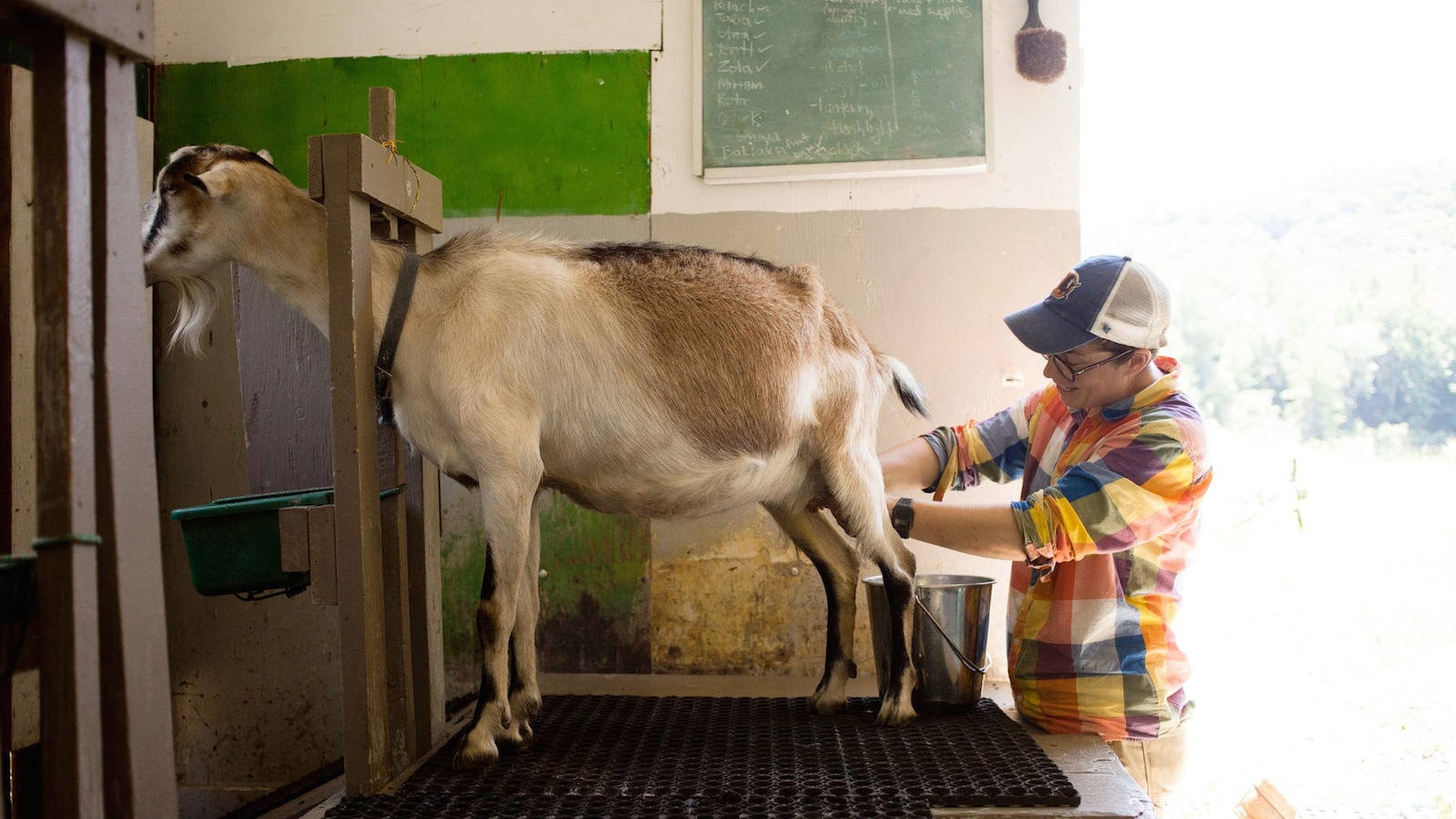 Some may wonder if the Jewish People, through this endless sacrificing of animals, were being instructed by YAH to be cruel to animals?

In Judaism, animals are to be loved, properly cared for, and treated with kindness.  For example, cattle are to be fed before their owner sits down to eat (Deuteronomy 11:15).

It is important to understand that the Torah emphasizes the humane treatment of animals and distinguishes that “a righteous man regards the life of his beast: but the tender mercies of the wicked are cruel.” (Proverbs 12:10)

Furthermore, there is Jewish literature handed down the generations which provides instruction on how to slaughter animals for food in such a manner as to inflict as little pain as possible. 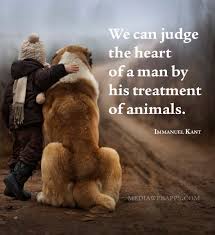 If one treats animals humanely, having high regard for all life, then seeing an animal perish for one’s sins would painfully underscore the desire to not sin, rather than seeing it as an easy payment for wrongdoing.