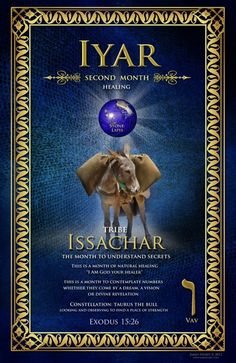 Shortly after the Exodus, the thirsty Israelites reached a well of bitter water. Moses cast a tree into the water, and it miraculously became sweet.  YAHWEH then promised that if Israelfollowed His ways, “the diseases I have placed on Egypt I will not place upon you, for I am YAHWEH your Healer (אני י‑י רפאך).” The acronym for this last phrase spells out the name of the month of Iyar (אייר), thus indicating that Iyar is a propitious time for healing.

Although Iyar does not contain many “special days,” every single day of the month is included in the Sefirat HaOmer counting—the Mitzvah to count each of the 49 days between Passoverand Shavuot. Sefirat HaOmer is a period of introspection and self-refinement, as we prepare ourselves to receive the TORAH anew on Shavuot. Each day of Iyar represents another step in this spiritual journey toward Sinai.

The 14th day of Iyar is Pesach Sheni, “the second Passover.” The TORAH describes how YAHWEH created this holiday at the request of those who, for reasons beyond their control, were unable to offer the paschal sacrifice in its proper time. One month later, they received a second chance. Pesach Sheni reminds us that it’s never too late. With sincere effort, yesterday’s missed opportunity can become today’s achievement. 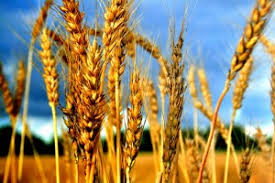