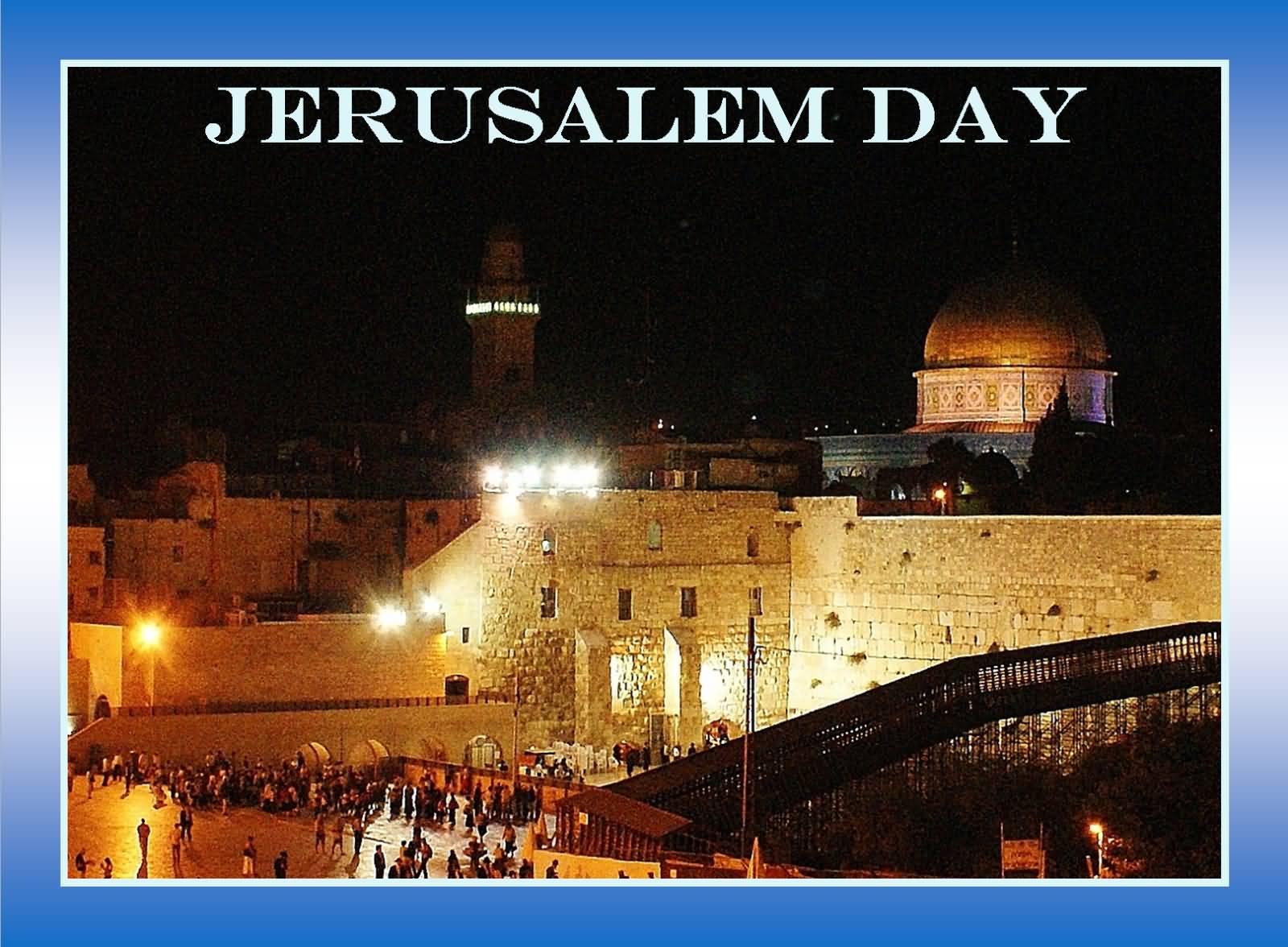 This is a day to remember the coming of the MASHIACH!

We Messianic Jews know and believe that the One and Only True MASHIACH/MESSIAH has already been to the earth in human form to introduce HIMSELF plus deliver mankind from the power of sin and death. HE ascended to the Shammayim/Heavens on 26th Iyyar and will return as a Bridegroom for the Bride on the earth who have made themselves ready (Matthew 25; Revelation 14; Revelation 7, etc) as well as a Judge and Ruler of the earth!

This is the only MASHIACH who will deliver YAHrushalayim and the People of Israel from the constant attacks they experience worldwide!

6 A child will be born for us.
A son will be given to us.
The government will rest on his shoulders.
He will be named:
Wonderful Counselor,
Mighty God,
Everlasting Father,
Sar Shalom.

The True MASHIACH is the PRINCE OF PEACE/SHALOM!

In Judaism, we preach SHALOM/PEACE possibly more than anything.

It’s been 51 years since YAHrushalayim/Jerusalem was returned to Yirsrael/Israel’s ownership! Praise YAH!

There is a belief amongst the Orthodox Jews that there will be a MESSIANIC ERA and that the Prophesied MASHIACH/MESSIAH that is to come will bring SHALOM onto the earth for all eternity. They are right but currently look up to the wrong Mashiach/Messiah (that is the Anti-Messiah a.k.a Anti-Christ)!

There is only ONE MASHIACH and that is YAHUSHUA HA MASHIACH!

YAHUSHUA (who is the ONLY BEGOTTEN SON OF ABBA YAHUVEH (a.k.a YAHWEH, however known to the Orthodox Jews as HASHEM) has revealed that HE will come again to this earth but this time as a Judge and Ruler!

YAHUSHUA will reign and rule for 1000 years (the millennial reign) during which SHALOM shall reign on this earth in a divine manner that no human mind can perceive physically.

We ought to seek more of the DIVINE and EVERLASTING SHALOM of YAHrushalayim/Jerusalem and Israel.

27 “Shalom I leave you, My shalom I give to you; but not as the world gives! Do not let your heart be troubled or afraid. 28 You’ve heard Me say, ‘I am going away and I am coming back to you.’ If you loved Me, you would rejoice that I am going to the Father, because the Father is greater than I. 29 I have told you now before it happens, so that when it happens you may believe!

30 “I will not talk with you much longer, for the ruler of this world is coming. He has nothing on Me. 31 But in order that the world may know that I love the Father, I do exactly as the Father commanded Me.

This teaching is inspired by the Teaching on YAHUSHUA HA MASHIACH’S Ascension Day to the the Shammayim/Heavens.