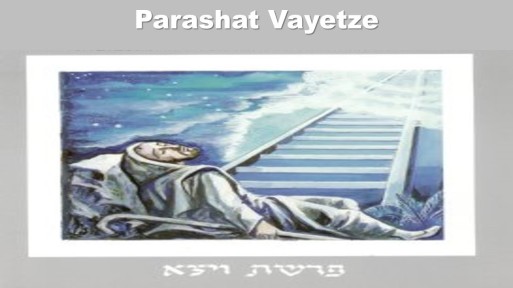 Vayetze, Vaytese, Vayeitzei, or Vayetzei (וַיֵּצֵא‬ — Hebrew for “and he left,” the first word in the parashah) is the seventh weekly TORAH portion ( פָּרָשָׁה‬, parashah) in the annual Jewish cycle of TORAH reading. It constitutes Genesis 28:10–32:3.

The seventh reading from the book of Genesis is named Vayetze (ויצא), which means “and he went out.” The title comes from the first verse of the reading, which says, “And Jacob went out from Beersheba” (Genesis 28:10 KJV). This portion tells the story of Jacob’s flight from his brother Esau, his vision at Bethel, his employment with his uncle Laban and his marriage to the two sisters, Rachel and Leah. Jacob’s double marriage results in a baby-bearing contest that gives him eleven sons. At the end of the portion, Jacob leaves Laban and returns to the land of Canaan, but not before Laban tries to stop him.

Laban had two daughters: Rachel and Leah. Leah was older. The TORAH says that she had “weak eyes.” Rachel, on the other hand, was beautiful. On their wedding night, Laban surreptitiously switched his daughters. He disguised Leah as Rachel, just as Jacob had disguised himself as Esau to trick Isaac. Jacob accidentally married Leah. 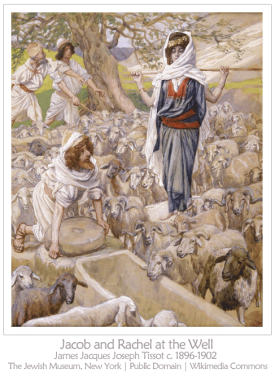 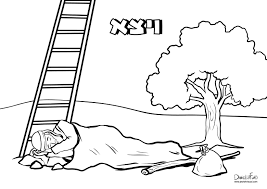 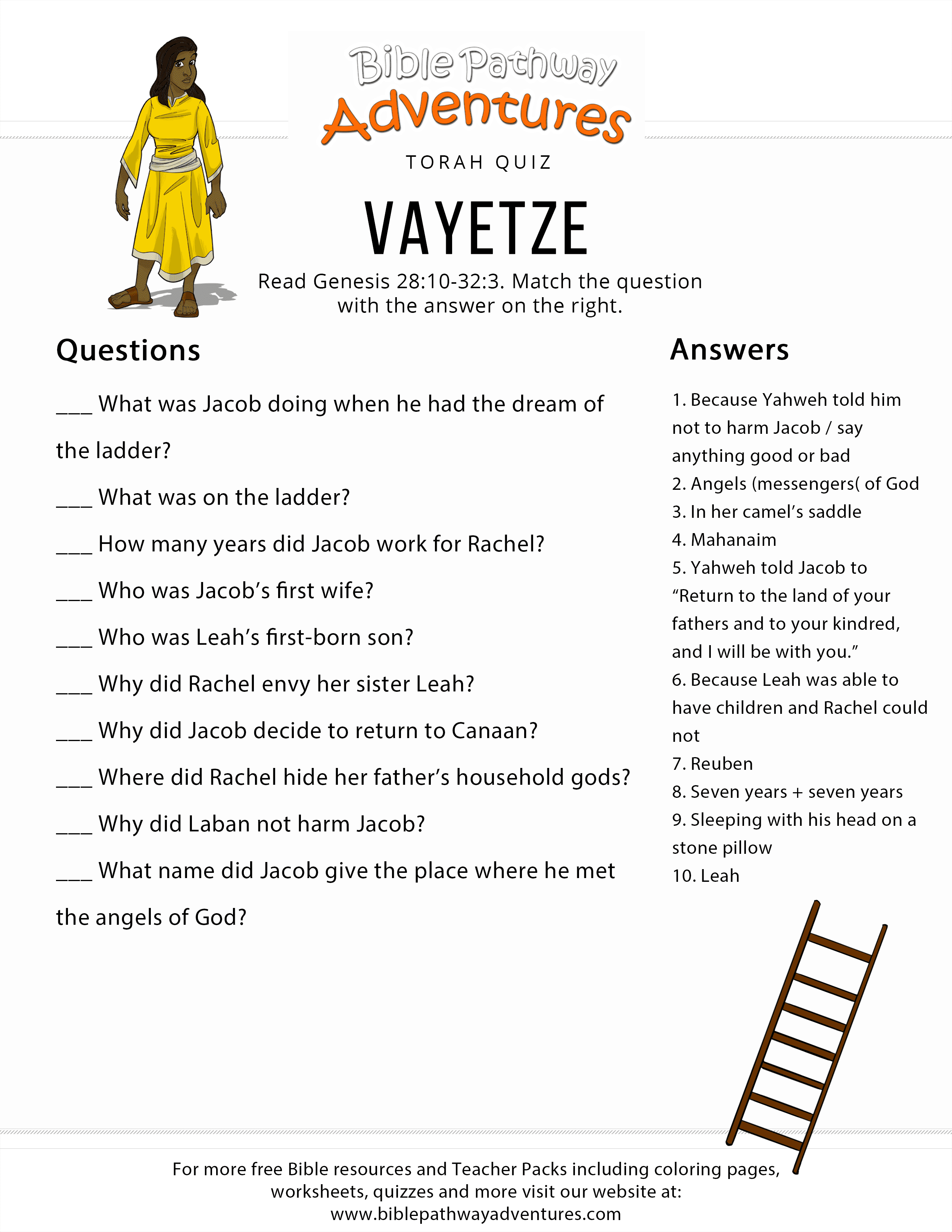 Here’s how it happened. Laban had two daughters: Rachel and Leah. Leah was older, but the TORAH says that she had “weak eyes.” Rachel, on the other hand, was beautiful. What does it mean that Leah had weak eyes? The Hebrew word translated here as “weak” can also mean delicate, tender, or soft. Some translations understand it in the sense of “beautiful eyes.” In that case, the TORAH would be saying, “Leah had beautiful eyes, but Rachel had a beautiful figure and face.” Leah had beautiful eyes, but was not as attractive as her sister.

Rashi (a Jewish Literature writer) explains that Leah’s eyes were weak because she thought she was destined to marry Esau and therefore she was constantly crying:

She believed that she was destined to marry Esau. She would cry because everybody said, “Rebekah has two sons and Laban has two daughters. The older will marry the older and the younger the younger.” (Rashi on Genesis 29:17)

Jacob fell in love with the second-born Rachel, but, legally, he had already taken Esau’s position as firstborn over the family when he purchased Esau’s birthright. Leah was the one God had chosen to be the wife of the progenitor of Abrahamic blessing. When Jacob took that position from Esau, he unwittingly acquired Leah as well. Jacob worked seven years to pay the bride price for Rachel. On their wedding night, Laban surreptitiously switched his daughters. He disguised Leah as Rachel, just as Jacob had disguised himself as Esau to trick Isaac. The ruse worked. Jacob accidentally married Leah.

Laban switched his daughters on the wedding night simply to get another seven years of work out of Jacob. Executing the swap would not have been difficult. In the custom of the ancient world, the bride would have been completely veiled and in extravagant dress, unrecognizable. Her unveiling would have happened only in the bridal chamber and in the dark.

Many Jewish communities today still have the tradition of completely veiling the bride on her wedding day. However, the bridegroom is allowed to lift the veil just prior to the ceremony to make sure he is marrying the right girl.

Jacob’s accidental marriage to Leah is a good example of how YAH or ELOHIM works in our lives. We make plans, dream dreams and set out to accomplish certain things. Then our plans are frustrated, our dreams come to naught and we find ourselves far away from our original goals. But this does not mean that YAH has abandoned us. Your plans for your life may not necessarily be His plans. YAH may be attempting to work something great through your situation that you never expected.

Through Leah, Jacob sired Judah and Levi, who in turn fathered the line of the Davidic monarchy and the Aaronic priesthood. He never intended to marry her, but the spiritual greatness of Israel came through Leah.