The answer is yes, they did as a matter of fact as it was revealed prophetically through their daughter,  Myriam (a.k.a Miriam). 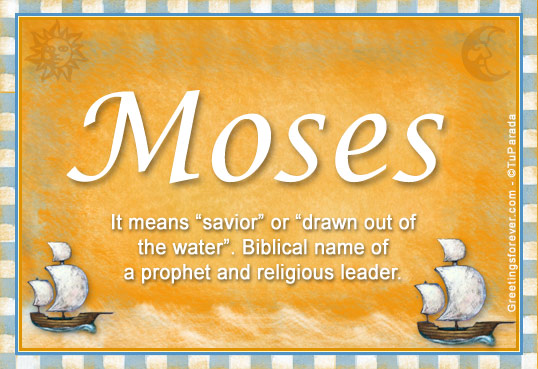 1 And it was at that time the spirit of God was upon Miriam the daughter of Amram the sister of Aaron, and she went forth and prophesied about the house, saying, Behold a son will be born unto us from my father and mother this time, and he will save Israel from the hands of Egypt.

2 And when Amram heard the words of his daughter, he went and took his wife back to the house, after he had driven her away at the time when Pharaoh ordered every male child of the house of Jacob to be thrown into the water.

3 So Amram took Jochebed his wife, three years after he had driven her away, and he came to her and she conceived.

4 And at the end of seven months from her conception she brought forth a son, and the whole house was filled with great light as of the light of the sun and moon at the time of their shining.

5 And when the woman saw the child that it was good and pleasing to the sight, she hid it for three months in an inner room.

6 In those days the Egyptians conspired to destroy all the Hebrews there.

7 And the Egyptian women went to Goshen where the children of Israel were, and they carried their young ones upon their shoulders, their babes who could not yet speak.

8 And in those days, when the women of the children of Israel brought forth, each woman had hidden her son from before the Egyptians, that the Egyptians might not know of their bringing forth, and might not destroy them from the land.

9 And the Egyptian women came to Goshen and their children who could not speak were upon their shoulders, and when an Egyptian woman came into the house of a Hebrew woman her babe began to cry.

10 And when it cried the child that was in the inner room answered it, so the Egyptian women went and told it at the house of Pharaoh.

11 And Pharaoh sent his officers to take the children and slay them; thus did the Egyptians to the Hebrew women all the days.

12 And it was at that time, about three months from Jochebed’s concealment of her son, that the thing was known in Pharaoh’s house.

13 And the woman hastened to take away her son before the officers came, and she took for him an ark of bulrushes, and daubed it with slime and with pitch, and put the child therein, and she laid it in the flags by the river’s brink.

14 And his sister Miriam stood afar off to know what would be done to him, and what would become of her words.

15 And God sent forth at that time a terrible heat in the land of Egypt, which burned up the flesh of man like the sun in his circuit, and it greatly oppressed the Egyptians.

16 And all the Egyptians went down to bathe in the river, on account of the consuming heat which burned up their flesh.

17 And Bathia, the daughter of Pharaoh, went also to bathe in the river, owing to the consuming heat, and her maidens walked at the river side, and all the women of Egypt as well.

18 And Bathia lifted up her eyes to the river, and she saw the ark upon the water, and sent her maid to fetch it.

19 And she opened it and saw the child, and behold the babe wept, and she had compassion on him, and she said, This is one of the Hebrew children.

20 And all the women of Egypt walking on the river side desired to give him suck, but he would not suck, for this thing was from the Lord, in order to restore him to his mother’s breast.

21 And Miriam his sister was at that time amongst the Egyptian women at the river side, and she saw this thing and she said to Pharaoh’s daughter, Shall I go and fetch a nurse of the Hebrew women, that she may nurse the child for thee?

22 And Pharaoh’s daughter said to her, Go, and the young woman went and called the child’s mother.

23 And Pharaoh’s daughter said to Jochebed, Take this child away and suckle it for me, and I will pay thee thy wages, two bits of silver daily; and the woman took the child and nursed it.

24 And at the end of two years, when the child grew up, she brought him to the daughter of Pharaoh, and he was unto her as a son, and she called his name Moses, for she said, Because I drew him out of the water.

25 And Amram his father called his name Chabar, for he said, It was for him that he associated with his wife whom he had turned away.

26 And Jochebed his mother called his name Jekuthiel, Because, she said, I have hoped for him to the Almighty, and God restored him unto me.

27 And Miriam his sister called him Jered, for she descended after him to the river to know what his end would be.

28 And Aaron his brother called his name Abi Zanuch, saying, My father left my mother and returned to her on his account.

29 And Kehath the father of Amram called his name Abigdor, because on his account did God repair the breach of the house of Jacob, that they could no longer throw their male children into the water.

30 And their nurse called him Abi Socho, saying, In his tabernacle was he hidden for three months, on account of the children of Ham.

31 And all Israel called his name Shemaiah, son of Nethanel, for they said, In his days has God heard their cries and rescued them from their oppressors.

32 And Moses was in Pharaoh’s house, and was unto Bathia, Pharaoh’s daughter, as a son, and Moses grew up amongst the king’s children. 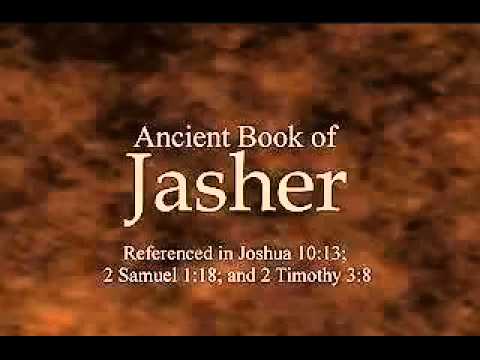