This is our last week this year of reading the Book of Numbers as a WEEKLY TORAH PORTION this year.

This serves as a REMINDER of how close we are to the:

FEAST OF YOM TERUAH / DAY OF TRUMPETS / ROSH HA SHANAH / THE WORLD’S BIRTHDAY / also known as the JEWISH NEW YEAR (but not for Jews only)!

The name of the forty-second reading from the Torah is Mattot (מטות), which means “tribes.” The name is derived from the words of Numbers 30:1, which says, “Then Moses spoke to the heads of the tribes of the sons of Israel.” Numbers 30 discusses the laws of vows and oaths. Numbers 31 tells the story of Israel’s war with Midian. Numbers 32 relates the story of how the Reubenites, the Gadites and the half-tribe of Mannaseh came to inherit the land east of the Jordan River. Except in biblical calendar leap years, Mattot is read together with the subsequent Torah portion, Massei, on the same Sabbath.

The last reading from the book of Numbers is called Massei (מסעי), a word that means “journeys.” It comes from the first verse of the reading, which begins with the words “These are the journeys of the sons of Israel” (Numbers 33:1). Massei is the end of the continuous narrative of TORAH that began in Genesis with the creation of the universe. The narrative does not resume until the end of Deuteronomy, when Moses dies.

The final reading in Numbers settles several last-minute details. In it we find a list of the encampments from Egypt to the plains of Moab. We also find instructions for apportioning the land, as well as the specifics regarding the borders of the land. While explaining the land and its borders, Moses introduces the laws of the cities of refuge and more inheritance laws.

In most years, synagogues read Massei together with the preceding portion, Mattot, which accounts for the brevity of this portion’s commentary. 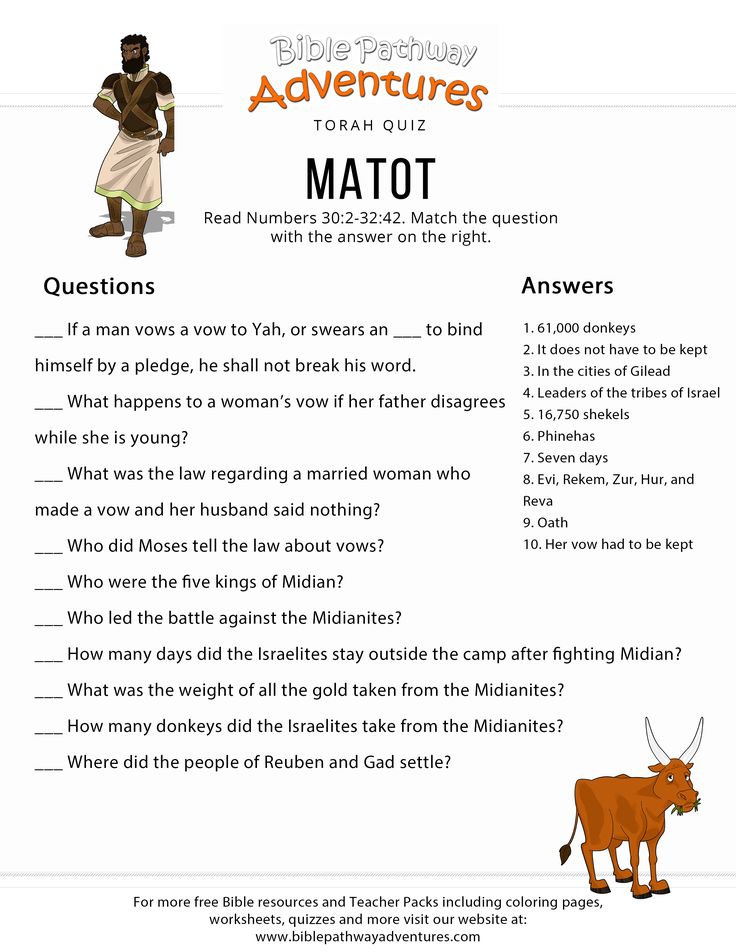 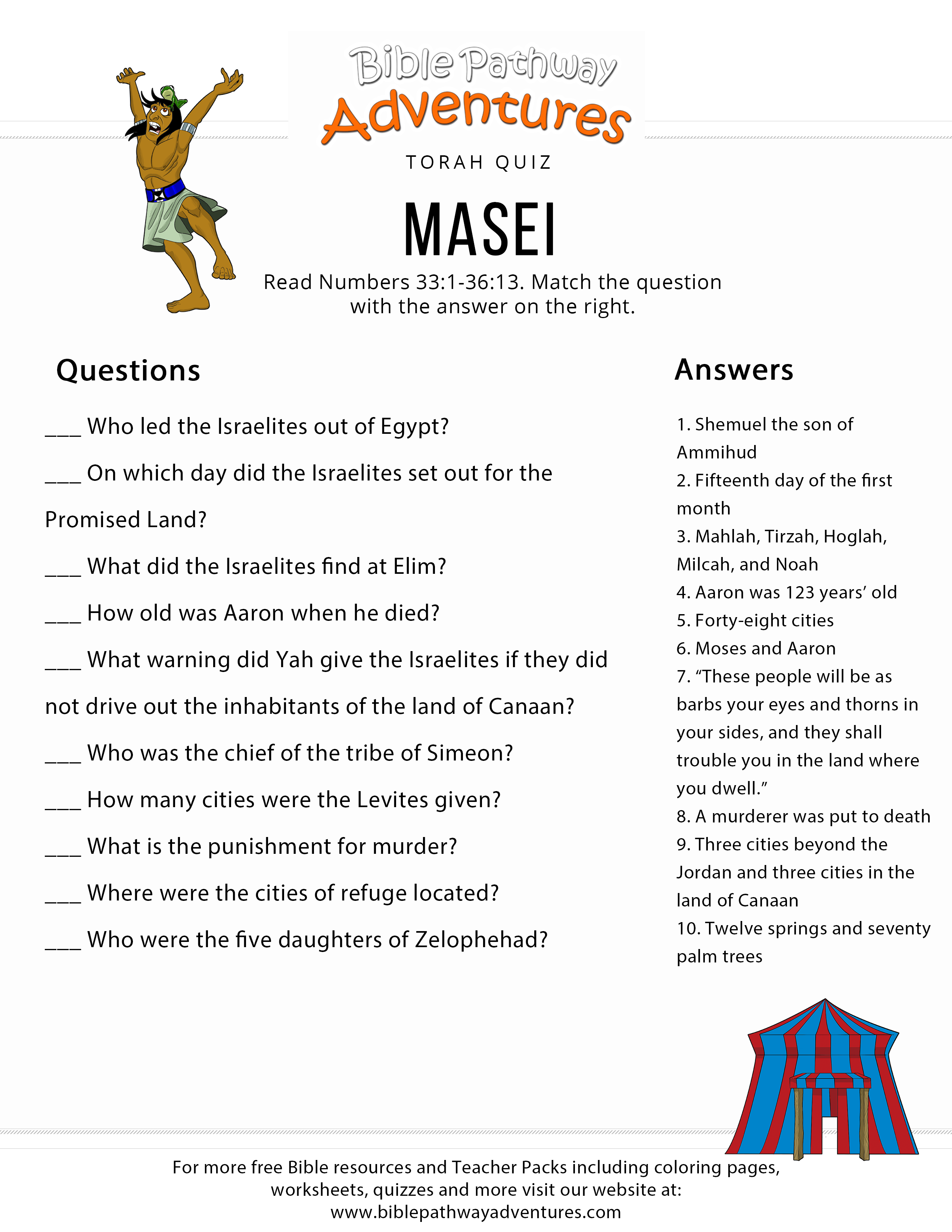