When and how to see the rare lunar display

A total lunar eclipse will occur at the same time of the blue moon (Robert Grosschopff / Flickr Creative Commons). 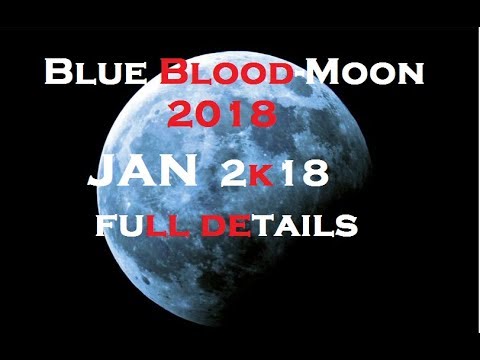 13 There was evening, then morning—a third day.

We have another Blood moon appearing tonight. This should be of concern to everyone and most especially YAHUVEH/YAHWEH ELOHIM’S true Children. In the last couple of years since 2014, we have been having too many blood moons. Why is this the case?

Well, YAHUSHUA said the following to HIS disciples:

25 “Miraculous signs will occur in the sun, moon, and stars. The nations of the earth will be deeply troubled and confused because of the roaring and tossing of the sea. 26 People will faint as they fearfully wait for what will happen to the world. Indeed, the powers of the universe will be shaken.

When two full moons appear in the same calendar month the second one is labelled a ‘blue moon’, according to tradition.

Despite the name, there is no blue colour change in store for the blue moon.

But on some occasions, the moon can actually look blue in colour due to the way light reflects off dust particles that are blown into the atmosphere by a volcanic eruption.

There is only two supermoons this year and they both occur in January, with the last one set to grace the skies at the very end of this month.

The first one took place on the night of New Year’s Day into the morning of January 2nd.

But the second, which will be the blue super moon, will shine bright on the night of Wednesday January 31.

But in the UK, Brits will only be able to see a super moon and a blue moon, with the blood moon only visible in other parts of the world.

Those who will get the best view will be people in the USA, Russia, Australia, Asia and the north-east of Europe.

A blue moon only takes place around once every two and a half years, and is the astronomical phenomenon behind the phrase ‘once in a blue moon’.

From The Weather Channel Android App: