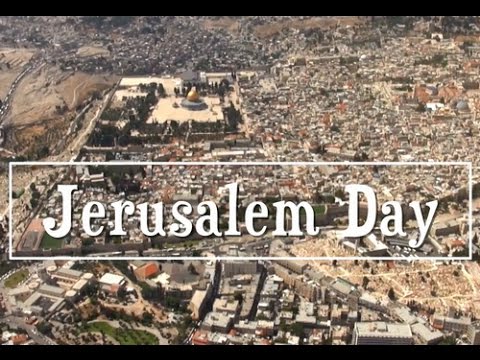 Click on the above link for more useful information.

began in the evening of

Today is a public holiday in the Holy Land, Israel.

35 Nor by the earth; for it is his footstool: neither by Jerusalem; for it is the city of the great King.

Jerusalem was named as “Urusalim” on ancient Egyptian tablets, probably meaning “City of Shalem” after a Canaanite deity, during the Canaanite period (14th century BCE).
…
Jerusalem.

YAHrushalayim is a very special City that it has its own flag. The flag bears YAH Almighty’s favourite colours, that is blue and white which signify the WORD OF YAH and HOLINESS respectively.

Ha-Kodesh (The Holy City),
Bayt al-Maqdis (House of the Holiness)

There is so much to say about the Greatest City in the world! I can go on forever but will stop here for now! I kay add more crucial info later on.

Make it a point to visit YAHrushalayim some time.

During its long history, Jerusalem has been destroyed at least twice, besieged 23 times, captured and recaptured 44 times, and attacked 52 times.[10] The part of Jerusalem called the City of David shows first signs of settlement in the 4th millennium BCE, in the shape of encampments of nomadic shepherds.[11][12] Jerusalem was named as “Urusalim” on ancient Egyptian tablets, probably meaning “City of Shalem” after a Canaanite deity, during the Canaanite period (14th century BCE). During the Israelite period, significant construction activity in Jerusalem began in the 9th century BCE (Iron Age II), and in the 8th century the city developed into the religious and administrative center of the Kingdom of Judah.[13] In 1538, the city walls were rebuilt for a last time around Jerusalem under Suleiman the Magnificent. Today those walls define the Old City, which has been traditionally divided into four quarters—known since the early 19th century as the Armenian, Christian, Jewish, and Muslim Quarters.[14]The Old City became a World Heritage Site in 1981, and is on the List of World Heritage in Danger.[15]